First, a little bit of history. Back in 2016, a Facebook post containing an article with a photograph of the former Austrian politician Eva Glawischnig gave rise to a landmark decision against Facebook. Alongside a photo of Ms Glawischnig, she was referred to as, amongst others, a “corrupt oaf” and a “lousy traitor”. According to Austrian law, defamatory comments such as these are unlawful. Ms Glawischnig requested that Facebook remove the post. Facebook did not comply with this request until the Vienna Commercial Court issued a preliminary injunction, ordering that the post be pulled down and access to it disabled, though only from Austria. The court ordered Facebook to monitor their platform and block similar comments shared on it. On appeal, the Higher Regional Court of Vienna disagreed with the second part of the interim injunction and dismissed the order to monitor and to remove similar defamatory content across its platform. It reasoned that ordering Facebook to monitor for defamatory content would have led to an infringement of the prohibition of general monitoring according to the E-Commerce Directive. The Austrian Supreme Court then referred the case to the CJEU, leading to the much-noted judgment C-18/18, according to which a single EU country could demand that an online provider take down an objectionable post, monitor its site for equivalent content, and take down those postings on a global scale. The decision has been much debated, since it allows the courts of EU Member States to issue global orders.

Now, the first Supreme Court decision applying the judgment is out. The Austrian Supreme Court applied the guidelines of the CJEU in another matter against Facebook.

On the Facebook page of a right-wing politician, Facebook published an edited picture of the anchor of the public Austrian broadcaster ORF under the headline “Es gibt einen Ort, an dem Lügen zu Nachrichten werden. Das ist der ORF” (“There is one place, where lies become news. That’s the ORF”). The photo was illustrated with a long-nosed Pinocchio. 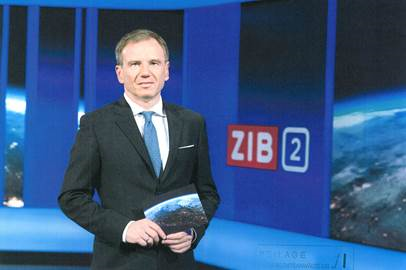 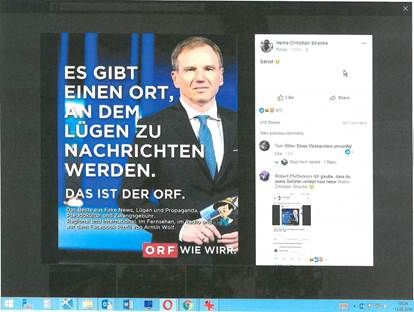 The broadcaster requested a preliminary injunction interdicting Facebook from (i) infringing its copyright in the picture by editing it, in particular by adding the above-mentioned headline, (ii) using or publishing this headline or equivalent expressions and finally (iii) accusing the broadcaster of distributing lies.

In decision 4Ob36/20b of 30 March 2020, the Austrian Supreme Court considered the CJEU guidelines step by step:

General monitoring: There is no general obligation to monitor third party content or a general obligation actively to seek facts or circumstances indicating illegal activity. Facebook does not have to check for illegal content in general. However, Facebook may be obliged to monitor for infringements (including third party infringements) which were established by national authorities (e.g. civil courts). The provider’s monitoring obligation is thereby triggered by “concrete information”.

It follows that the injunction may also cover future infringements, including by other (third party) users.

Equivalent infringement: It is standard in Austrian case law that cease and desist orders also cover equivalent infringements or, more specifically – with regard to personal rights or unfair competition – ‘information with an equivalent meaning’. Otherwise, the effects of such an injunction could easily be circumvented by the storing of messages which are scarcely different from those which were previously declared to be illegal. An appropriate balance must be struck between the applicant’s interest in effective legal protection and the provider’s interest in not having to take disproportionate surveillance measures. However, the Supreme Court makes it clear that the balance of interests must not depend on the availability of automated search tools and technologies, but in any case requires that the ‘information with an equivalent meaning’ can be determined at first glance by a layperson.

Thus, Facebook may need to involve humans to monitor, where no technical tools are available, but these humans need not be qualified IP lawyers.

Worldwide effect: Following the finding of the CJEU in C-18/18, the Austrian Court affirmed that a cease and desist order that safeguards personal rights may have worldwide effect. IP rights, like copyright, are different, however, as they are characterized by territoriality. Consequently, the copyright infringement at stake gave rise to a cease and desist order with national effect only. The infringement of the plaintiff’s personal rights would have allowed for a worldwide order – if the plaintiff had explicitly sought it. The Supreme Court stressed that by default, it assumes that a plaintiff only seeks relief with national effect, unless they explicitly request worldwide relief. According to the court, the present plaintiff did not explicitly claim a worldwide cease and desist order, which consequently was not granted.

The present decision therefore confirmed the possibility of granting worldwide relief against the infringement of personal rights, though an explicit declaration (and pleading) by the plaintiff is necessary requesting that the court consider this.